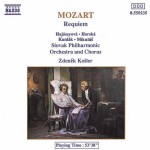 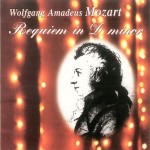 Mozart’s life was all too short. Born in Salzburg in 1756, the son of a leading court musician, he amazed Europe as an infant prodigy, undertaking protracted tours under the guidance of his father .Adolescence and early manhood proved less satisfying. The Mozarts had security in Salzburg, but the city, under its new Archbishop, seemed to have little to otter, and Mozart was certain that he deserved something better. In 1781, after fulfilling a successful commission in Munich with his opera Idomeneo, he travelled to Vienna to join his patron, the Archbishop. When he was denied the opportunities that seemed within his grasp and particularly the chance of making some impression on the Emperor, he quarrel led with his employer and, not for the first but now for the last time, was dismissed.

Mozart spent the last ten years of his life principally in Vienna, without consistent patronage adequate to his needs and without the constant presence and advice of his father, who remained in Salzburg. An imprudent marriage made increasing demands on his purse, and initial success in the theatre and in public subscription concerts was followed by disappointment and the need to borrow money to meet expenses normal to one of his station.

The circumstances surrounding the composition of Mozart’s Requiem are well enough known. In July 1791 he received a commission for the composition of a Requiem Mass from Count Franz Walsegg zu Stuppach, who sought to commemorate the recent death of his wife by the performance of a work of this kind, which he would claim as his own. To commission the music he sent his steward Franz Anton Leutgeb to Mozart and paid an advance of 60 ducats, with promise of a further sum when the work was finished. The summer of 1791 was a busy one for Mozart. His German opera, Die Zauberflöte, was to be staged in the early autumn, while Prague had commissioned a coronation opera from him, La clemenza di Tito, and this involved a journey to the Bohemian capital in September for the occasion. In May he had been appointed unpaid Assistant to the Kapellmeister of St. Stephen’s Cathedral, with right of succession to the aging incumbent.

Constanze Mozart was later to claim that her husband had a premonition that the Requiem was an omen of his own coming death, a suggestion to which one may attach little credence, however attractive the story may appear to the romantic imagination. Mozart seemed, in the summer of 1791, very much more cheerful than he had been, since his fortunes had taken an obvious turn for the better. In November, however, he was taken ill and within a fortnight he was dead, his death ascribed by his doctor to military fever, but the subject of much subsequent speculation. On 4th December he felt well enough to sing with his friends parts of the Requiem, which was still incomplete. Benedikt Schack, Tamino in Die Zauberflöte, sang the soprano part in falsetto, Mozart sang alto, the violinist Hofer, husband of Constanze’s sister Josefa, Queen of the Night, sang tenor and Franz Gerl, whose wife played Papagena, while he took the part of Sarastro, sang bass. It is said that Mozart burst into tears and could go no further when it came to the Lacrimosa, of which, incidentally, he had written on I y the first eight bars. This was in the afternoon. In the evening his condition worsened and he died at five minutes to one on the morning of 5th December, to be buried a day or so later in an unmarked grave.

At his death Mozart left his setting of the Requiem unfinished. His widow Constanze might have been expected to entrust the completion of the work to her husband’s pupil and her own constant companion Franz Xaver Süssmayer. Instead, apparently out of pique, she asked Josef Eybler to finish the composition and scoring. He later gave up the task and the unfinished score finally came into the hands of Süssmayer, so that the best known form of the Requiem is the version started by Mozart, continued briefly by Eybler and completed by Süssmayer. Others have in recent years replaced these additions and remodelled the work from Mozart’s surviving autograph sketches.

Mozart had completed the composition and scoring of the Introit and Kyrie, used by Süssmayer for the final Communion, Lux aeterna. The great Sequence, the Dies Irae, was sketched fairly fully up to the verseLacrimosa, dies illa, a point at which Eybler too gave up his tentative work on the score. Süssmayer continued the Lacrimosa for a further 22 bars, completing it. Mozart had written the voice parts and bass of the Offertory, as he had for much of the Dies Irae, and this Süssmayer completed. Sanctus, Benedictus and Agnus Dei are the work of Süssmayer.

It might be added that Count Walsegg was not deterred from his original intention and on 14th December 1793 had the Requiem performed as his own composition, an imposture that amused him greatly.

The Slovak Philharmonic Orchestra The Slovak Philharmonic Orchestra has benefited considerably from the work of its distinguished conductors. These included Vaclav Talich (1949 – 1952), Ludovit Rajter and Ladislav Slovak. The Czech conductor Libor Pesek was appointed resident conductor in 1981, and the present Principal Conductor is the Slovak musician Bystrik Rezucha. Zdenek Kosler has also had a long and distinguished association with the orchestra and has conducted many of its most successful recordings, among them the complete symphonies of Dvorak.

During the years of its professional existence the Slovak Philharmonic has worked under the direction of many of the most distinguished conductors from abroad, from Eugene Goossens and Malcolm Sargent to Claudio Abbado, Antal Dorati and Riccardo Muti.

The orchestra has undertaken many tours abroad, including visits to Germany and Japan, and has made a large number of recordings for the Czech Opus label, for Supraphon, for Hungaroton and, in recent years, for the Marco Polo and Naxos labels. These recordings have brought the orchestra a growing international reputation and praise from the critics of leading international publications.

The Czech conductor Zdenek Kosler studied under Karel Ancerl at the Prague Academy of Arts, and distinguished himself early in his career at the Besançon Conductors’ Competition and in the Dimitri Mitropoulos Competition in New York. The first prize in the second of these enabled him to work as assistant-conductor with Leonard Bernstein for one year.

As permanent conductor of the Czech Philharmonic Orchestra Zdenek Kosler has travelled widely. From 1980 until 1985 he was chief conductor and artistic director of the Prague National Theatre Opera to which he will return as chief conductor in 1990. He has received the highest national honour, the title National Artist, from the Czechoslovakian government, while winning awards abroad for his recordings.